Hi, My name is Dino Patti, and I'm the CEO of the company now known as PLAYDEAD. We are the developers of LIMBO, an original game idea by Arnt Jensen, who produced and released the concept video you may have seen on our site in 2006. Arnt and I started planning and producing the game together right after that, and, being only two developers, we didn't have time to answer the thousands of emails we received from fans and publishers. So, first of all, I thank you for your patience, some of you signed up as early as the beginning of 2007. The reason for the "radio silence" is that we have been very busy producing the game and didn't want to spam your inbox with irrelevant information. It has been a long journey for us, which I won't cover in more detail here. I'll just let you know that the reason things have taken so long is that we started from scratch (Arnt started working on the concept two and a half years before we met) and decided to make LIMBO independently after talks with several publishers. Todayour team counts 8 in addition to some freelancers, at our maximum we were a total of 16. Now for the real reason why I'm writing you... LIMBO is launching on consoles this year with a summer launch on XBLA! 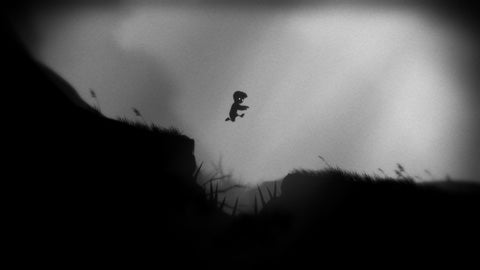 La direction artistique du jeu est à tomber.
"If music were a woman, I'd be desperate to fuck her." - Mikael Åkerfeldt
Final Boss <3